Falling pregnant as a teenager in Ireland in 1952, Philomena Lee was sent to the convent of Roscrea to be looked after as a “fallen woman”.  When her baby was only a toddler, he was whisked away by the nuns to America for adoption. Philomena spent the next fifty years searching for him in vain.

Then she met Martin Sixsmith, a world-weary journalist as cynical as Philomena was trusting. Together they set off for America on a journey that would not only reveal the extraordinary story of Philomena’s son, but also the powerful bond that grew up between Philomena and Martin – a surprising relationship that was both profoundly moving and very funny.

The film is a bitter-sweet comedy, a compelling narrative of human love and loss, and a heart-breaking story that ultimately celebrates life. 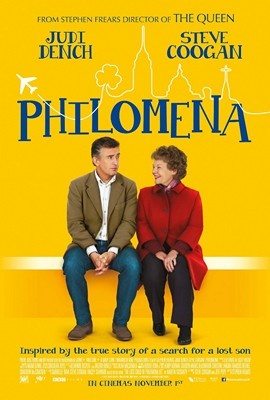 Release in Belgium, Italy, the Netherlands, Poland and Portugal.