"Planets" The Greatest Show in The Universe

"Planets" The Greatest Show in The Universe

Scientists will tell you that in the beginning there was a big bang “BOOM” that created the Earth, the planets, many galaxies and the universe. What they forget to mention was that at exactly the same time there was a much sillier Bang “Parp” that created “Planets”. So let Planet siblings Pip and Pebble introduce you to Hot Dog planet, Nervous Bubble planet, Planet of the apes, Ghost Planet, the planet with the tiny face and many, many, more. 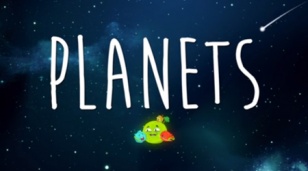