Sun is setting on Havana. Five friends are gathered to celebrate the return of Amadeo after 16 years of exile in Madrid.

Amadeo, a novelist suffering from writer's block, is back in Havana after sixteen years of exile. This evening his friends are waiting for him on a terrace overlooking the Malecon Boulevard. There are Tania, who despite being an eye doctor only ekes out a living; Rafa, a once major artist who has become an alcoholic and only paints daubs now ; Aldo, an honest man who, although trained as an engineer is reduced to mounting batteries in a factory. They are joined after a time by Eddy, a literature lover turned parvenu... From dusk to dawn, they will laugh, sing, dance together, reminisce about their youth, the group they used to form, the faith they had in the future and exchange about their present disillusionment. 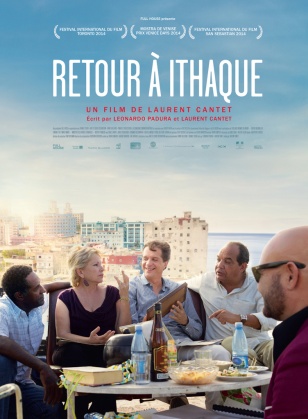