A criminal known as The Lebanese has a dream: to conquer the underworld of Rome. To carry out this feat without precedent he puts together a ruthless and highly organized gang. Their progress and changes in leadership (The Lebanese is followed by his cohorts Freddo and Dandy) take place over twenty-five years, from the 1970’s into the ‘90’s, and are inseparably intertwined with the dark history of modern Italy: terrorism, kidnappings and corruption at the highest levels of government. Throughout these years Police Lieutenant Scialoia sticks to the gang’s trail, trying both to bring them to justice and to win the heart of Dandy’s girlfriend Patrizia. 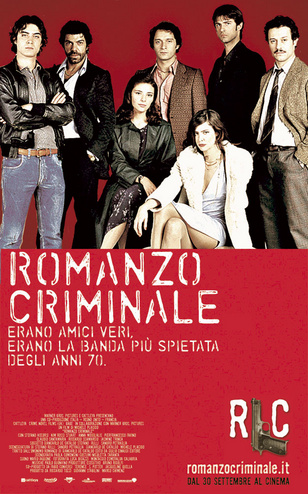