A combination of curiosity and frustration with the status quo drives Shirley and Hinda, two gutsy, nearly 90-year-old American women, to seek answers to the burning question on everyone's mind: How do we get out of this economic mess? "Two Raging Grannies" is a documentary that challenges the idea that we must continue to shop, consume, amass, and keep the economy growing. Armed with courage, humour, a long friendship and a zest for life, Shirley and Hinda take to cities and towns across the US to engage everyone from the recently homeless to economy students, to growth economists and Wall Street tycoons, questioning the sustainability of continued economic growth, and demonstrating that it is never - ever - too late to get out and make a difference. 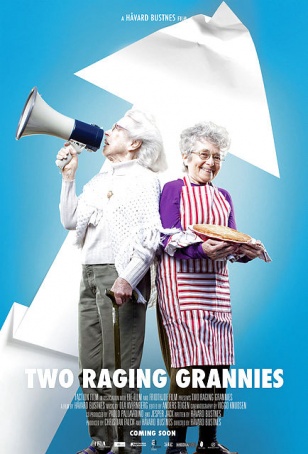