In Praise of Nothing

“In Praise of Nothing” is a feelgood documentary about Nothing, featuring a Corto Maltese-like narrator who could or could not personify Nothing, a mixture of world-class & emerging cinematographers and a most enlightened 20.000-page bibliography. It is a whistleblowing documentary parody in which Nothing, not knowing what we know but knowing what we don’t know, exposes the follies, foibles and failings of our society.

‘Nothing’ runs away from home, i.e. from us and our misunderstanding, promising not to return until it proves its primeval ‘good intentions’.

Follows a 90-minute adventure in which Nothing appears through metaphorical documentary scenes in various parts of the world, commenting on the delusions of our civilization and trying to convince us or its natural, necessary and ultimately constructive role. 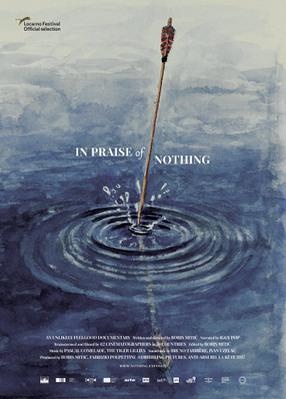