Song for Marion, a London-set comedic drama, is about shy, grumpy pensioner Arthur who is reluctantly inspired by his beloved wife Marion to join a highly unconventional local choir. At odds with his son James, it is left to charismatic choir director Elizabeth to try and persuade Arthur that he can learn to embrace life. Arthur must confront the undercurrents of his own grumbling persona as he embarks on a hilarious, life-affirming journey of musical self discovery. 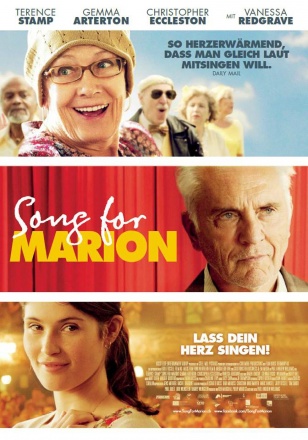