‘The Broken Circle Breakdown’ tells the love story between Elise and Didier. She has her own tattoo shop, he plays the banjo in a band. It is love at first sight, in spite of major differences. He talks, she listens. He is a dedicated atheist, although at the same time a naïve romantic. She has a cross tattooed in her neck, even though she has both feet firmly on the ground.

Their happiness is complete after their little girl Maybelle is born. Unfortunately, Maybelle, at six years old, becomes seriously ill. Didier and Elise respond in very different ways. But Maybelle does not leave them any choice. Didier and Elise will have to fight for her together.

Will you get through something like that if you are so different? Or will love let you down if you need it most?

‘The Broken Circle Breakdown’ is an intense melodrama, full of passion and music. About how love can conquer fate, and sometimes not. 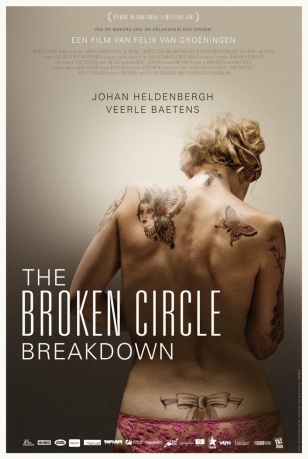 To THE MATCH FACTORY GMBH (Germany)