The Other Chelsea - A story from Donetsk

The Other Chelsea - A story from Donetsk

Donetsk is the coal-mining area of Ukraine. Here most people work for low wages in the run down mines, while others make a lot of money. No matter which side of the social divide you are on, coming from Donetsk you will almost certainly be an opponent of the Orange Revolution and a fan of the local football team, Shakhtar Donetsk. Billionaire Akhmetov invests heavily in the club, which is becoming a major European force during the season followed by the film. Yet this sporting success funded by an Oligarch fortune only seems to highlight the wider social and political stagnation of the region. Off the pitch, the outlook appears bleak... 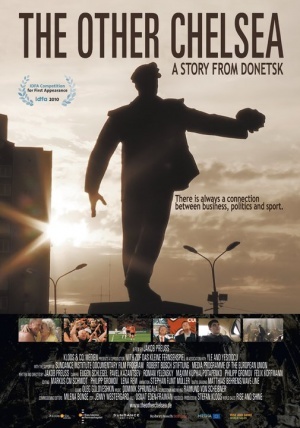