A British film crew attempts to boost morale during World War II by making a propaganda film after the Blitzkrieg.

Catrin Cole is a "slop" scriptwriter, charged with bringing a female perspective to war films produced by the British Ministry of Information's Film Division. Her current project is a feature inspired by stories of British civilians rescuing soldiers after the retreat at Dunkirk. Catrin's artist husband looks down on her job, despite the fact that it's paying the rent. At least lead scenarist Tom Buckley appreciates her efforts. 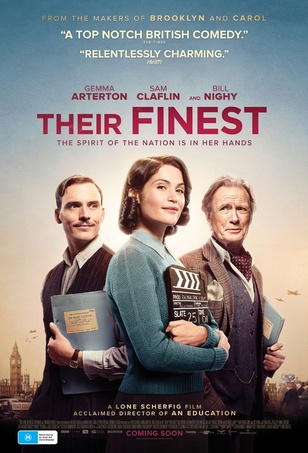