THEY ARE ALL DEAD

If you saw Lupe (35) in her bathrobe and slippers, stuck at home making pies, you would never imagine that back in the 80’s she was a pop-rock star. She and her brother Diego made up the band Groenlandia, whose first album was a huge hit.
But Lupe has turned her back on that distant past of touring and concerts. She lives wholly dependent on her mother Paquita (65) and has a teenage son, Pancho (14), who hates her. Her agoraphobia won’t even let her leave the house to buy the ingredients she needs for cooking. Luckily her mother, Paquita, a superstitious Mexican woman with a heart of gold, is there to do the shopping, deal with her frequent crises and do what matters most: be a mother to Pancho.
But Paquita is running out of time. She just found out that she’s going to die and she has only one final goal: to prepare her family for life without her. 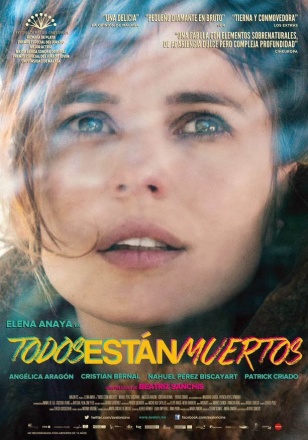