Jacek loves heavy metal and his dog. He converts the country lanes outside his door into a racing track and bombs down them in his little car. When he and his girlfriend Dagmara take to the dancefloor, everyone runs for cover. He enjoys his existance as a cool misfit in an otherwise stuffy environment, and keeps his muscles toned working on a building site close to the Polish-German border where the world’s largest statue of Jesus is being constructed. But then his life is thrown badly off course by a terrible accident at work that completely disfigures him. Eagerly followed by the Polish media, Jacek becomes the first person in the country to receive a face transplant. He may be celebrated as a national hero and martyr, but he no longer recognises himself in the mirror. Meanwhile, the statue of Jesus grows taller and taller. 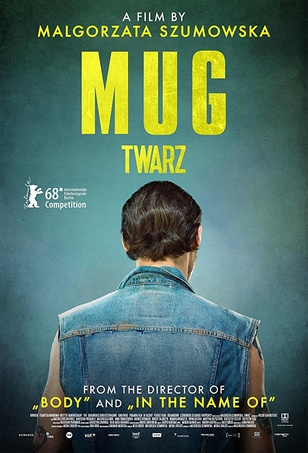