November 1999. 67-year-old Trond lives in new-found solitude and looks forward to spending New Year's Eve 2000 alone. As winter arrives he discovers he has a neighbor, a man Trond knew back in 1948, the summer he turned 15 and the summer Trond's father prepared him to carry the burden of his forthcoming betrayal and disappearance. . And also the summer Trond grew up and smelled the scent of a woman he longed for. The same woman Trond's father was preparing to spend his life with. 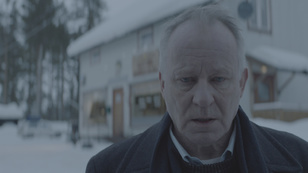