Xenia” tells the story of two brothers, Danny and Odysseas. After their mother’s death, the boys embark on a journey to find their father, who had abandoned them when they were younger. Danny is sixteen years old and Odysseas turns 18 during their journey, risking deportation. Strangers in a strange land, the brothers will come closer to each other in their search. Along the way, they will encounter key figures, people that will help them fulfill their goal, and they will enter adulthood while chasing their dream.

One of the brothers’ stops – perhaps the most important one – will be at the abandoned Xenia hotel in Kozani, a place which offers refuge and revelations, memories of a Greece of another time, and a starting point for the final leg of their adventure. Flix made its way there for the filming and a special  behind-the-scenes video feature is on its way. 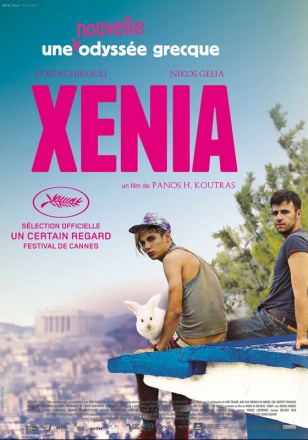